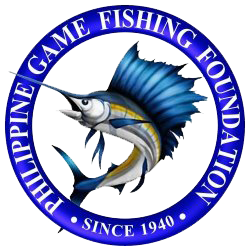 The Philippine Game Fishing Foundation is a non-profit organization that provides a venue for game fishing enthusiasts to participate in fishing tournaments as well as organized and fun fishing trips.  PGFF members have access to the San Vicente Fishing Camp in the northern tip of the Philippines.

1.To continue making the public aware of the diverse characteristics of Philippine fish and their habitats;

2. To teach the public, particularly the fisherman, the importance of marine conservation;

3.To provide a medium through which sports-minded people may receive various instructions in the accepted international requirements for sport fishing;

4.To bring the Philippines into the international sports fishing community;

5.To provide its members numerous opportunities for social interaction;

7.To offer and grant scholarships to poor and deserving members of the foundation.

A Brief History of PGFF:

In 1940, PGFF was founded. It had a bumpy start with the onset of World War Two. It was really after the Japanese Occupation of the Philippines, in 1966, that The Philippine Game Fishing Foundation became well known . In 1968, PGFF gained International attention when a three men committee was sent to Honolulu, Hawaii for  the Oceanarium project. The project was sent up  to clean up the polluted Manila Bay.  A few years after this, PGFF broke another record by joining an International Tournament for the first time in Philippine Sports Fishing History.

In 1977, PGFF hosted the first Asian fishing Championship in Palawan, a fishing spot south of Manila. The late seventies marked the completion of PGFF’s artificial Reef project at Point San Diego near Nasugbu Batangas.  In 1987, PGFF took a more visible stance on the conservation of marine resources with a special focus on destructive and illegal fishing methods. In 1989,  PGFF’s campsite in San Vicente, Sta. Ana, Cagayan was developed.

Today, PGFF offers a great environment for serious anglers who love the catch as much as the company.

copyright(c)2022 All rights reserved by pgff.net