HOW TO GET THERE

NAVIGATE YOURSELF:Manila to Sta Ana gdb file
(use this road track to view Mapsource or Base camp software and install Garmin Navigation unit)

By bus:  The Florida Bus (Sampaloc, Manila) goes straight to Santa Ana. Daily
By plane: Air Philippines and Cebu Pacific flies to Tuguegarao  Cebu  daily.
From Tuguegarao, a van or minibus can take you to Santa Ana.
By private vehicle: Drive along the North Luzon Expressway and SCTEX then exit at Tarlac/La Paz tollgate. Turn right head straight towards Talavera and drive north of Go the national road, passing several towns in San Jose, Nueva Ecija, Sta Fe, Nueva Vizcaya, and Isabela. When you reach the junction in Santiago City, Isabela, turn left and drive up to the province of Cagayan Valley. Santa Ana follows the town of Gonzaga. 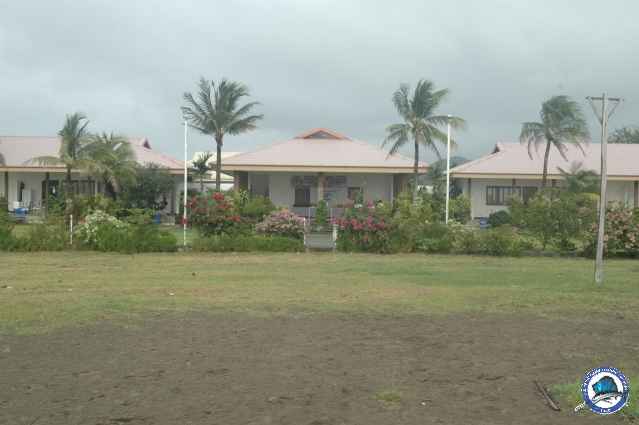 The municipality of Santa Ana hosts part of the 55,000-hectare Cagayan Special Economic Zone in Region 2.
Since 1997, the freeport zone, independently managed by the Cagayan Economic Zone Authority or CEZA,
targets investments from neighboring Southeast Asian countries.
The industrial city of Kaoshiung in Taiwan is only a 45-minute plane ride away and is actually a few kilomters closer to Santa Ana than Manila. Locals can tune in to Taiwanese radio programs because of the proximity.
Today, more than a transshipment hub, the economic zone is the site of two casino resorts,
Sun City and Eastern Hawaii, exclusively for foreign investors and visitors. An airport in the town of Lal lo is also in the works. 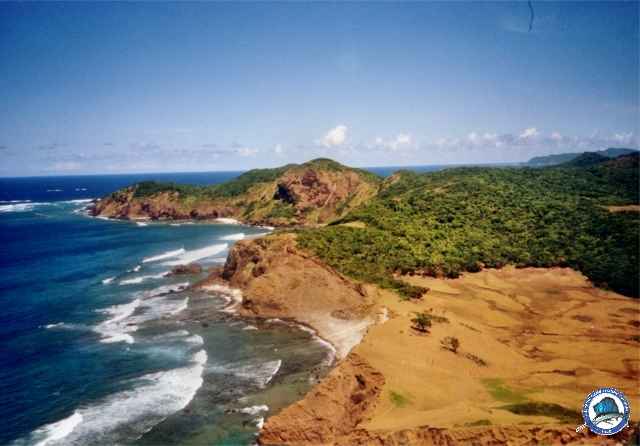 Point Escarpada, in Brgy. San Vicente, is the sailfin capital of the Philippines.  It has the best fishing grounds for marlin being at the confluence of several ocean currents that carry baitfish and the larger pelagic predators that hunt them.  It is the site of the annual international sports fishing competition hosted by the Philippine Game Fishing Foundation.
It is a 167-km. (4-hr.) drive from Tuguegarao City.
The Jonggo, a previously undiscovered tribe, was discovered in Sta. Ana in 1978.
The white sand Anguib Beach.
The undeveloped and seldom visited Palaui Island, a 3,850-hectare volcanic island with a shoreline of 20.6 kms., has a picturesque old Spanish lighthouse (built in the 1800s) on the windswept headland of Punta Engano, high above a gorgeous bay with a curving white sand beach and well-preserved coral. The island is inhabited by a community of Dumagats administered by a Filipino church group. There are abundant marine resources and the island is also home to different monkeys, wild pigs, deer, sea turtle and various endemic and migratory birds. It is a 45-min. to 1-hr. chartered boat ride from the town during good weather.

Brief History
Sta. Ana was formerly a barrio of Gonzaga called Palawig It was made into a separate municipality on October 21, 1949 by virtue of Exec. Order No. 289. The town was not named after a saint but from the first letter of the family names of three provincial officials: “A” from the late Gov. Nicasio Arranz; “N” from the late provincial board member Federico Navarro; and “A” from provincial board member Robert Avena.

WHEN TO GO
The summer months of March-June are the best times to go. If traveling by road, schedule your trip so you leave Manila at night and arrive in Santa Ana by morning.
The first two weeks of June are also ideal because the Viray Festival happens on June 8, while fishing enthusiasts will love the game fishing tournaments held yearly.
Check www.pgff.net for schedules

Festivals
June 8 (Viray Festival) - honors the local viray boat, considered as part of the history of the town whose main source of livelihood is fishing and eco-tourism. 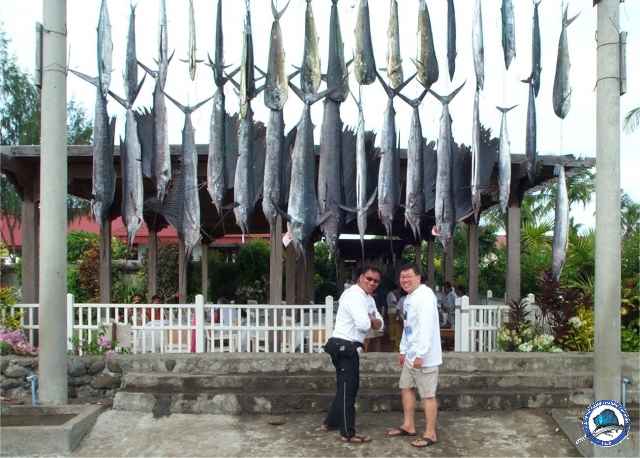 WHAT TO DO
• Kind of fishing : offshore trolling, jigging, popping, casting and bottom fishing.
• Target fish : Marlin (blue and black), sailfish, dorado, dog tooth tuna, giant trevally, big eye tuna, wahoo, king mackerel, snappers and groupers.
• Try water sports. Santa Ana and nearby islands like Palaui are ideal for game fishing, snorkeling, and scuba diving because of its rich marine resources. There are also beaches ideal for swimming or picnics.
• Go hiking and catch up on history. The Punta Engaho Lighthouse on Palaui Island is the only working lighthouse in the northeastern coast of the Philippines and provides fantastic vistas of the Philippine Sea.
Palaui island is also an ideal spot to go trekking or hiking.
• Try local delicacies like the batil patong, a hearty noodle dish cooked with pork liver and ground beef, topped with poached egg and served with a bowl of clear soup.
On the way back to Manila, stop by the town of Alcala along the national highway for a bag of Teaho carabao's milk.
The storeowner is used to commuters knocking in the middle of the night for an order. And while you're at it, have a taste of the longganisa from Tuguegarao City.